Liquid chromatography (LC), especially of the high performance type can provide excellent separation of components from a complex mixture, but identification of individual components in a rapid manner based on their retention time is not reliable. On the other hand, mass spectrometry (MS), especially of the high resolution type, is valuable for the identification of the components, but typically fails without clean separation of components. Liquid Chromatography-Mass Spectrometry (LC-MS) is a powerful analytical tool that exploits the high resolving capabilities of LC and excellent and reliable identification of molecules by MS. In addition, the development of LC-MS has focused on engineering flexibility and adaptability so as to make it useful in multiple scientific fields such as organic chemistry, biochemistry, toxicology, archaeology, forensic sciences and many others.

High Performance Liquid Chromatography (HPLC) involves rapid separation of the components through a column under pressure with high sensitivity and good precision. The particle size in HPLC column ranges between 3–5 μm.1,2 Recent research with particles below 2.5 μm displays an order of magnitude of higher efficiency. More importantly, the massive increase in efficiency did not diminish even with increased flow rates, while simultaneously extending peak capacity and speed of operation to new limits. This LC technique is now referred to as Ultra Performance LC or UPLC.3 Reducing the particle size however, increases the back pressure on the column, which is typically overcome by using elevated temperatures or a monolithic column or a column with non-porous particles.4,5

An interesting use of the power of LC-MS was the determination of the correct amino acid sequence of bovine serum albumin (BSA), a common protein. The Electro Spray Ionization-MS (ESI-MS) spectrum of BSA corresponded to a molecular weight of 66465.8 Da, whereas that calculated on the basis of its known sequence was 66267.1 Da suggesting a difference of about 198 mass units. Trypsin digested BSA was resolved on a reversed phase column into 75 peptides.

Although a majority of these could be sequenced directly by Frit-Fast Atom Bombardment LC-MS, Tandem MS (MS/MS) analysis was necessary for three peaks. MS/MS helps in mapping the fragmentation pathway of a molecule that gives the final mass spectrum.6 A comprehensive analysis resulted in the revision of the amino acids at the 94th and 95th position and the finding of an additional tyrosine residue at the 156th position. This shows the tremendous power of LC-MS in structural characterization of large proteins, such as BSA.7

Ultra filtration LC-MS has found special use in the screening of natural products that are active against quinone reductase-2 (QR-2), a target for anti-cancer and anti-malarial drugs.8 In this analysis, biological samples were incubated with QR-2 and unbound compounds were filtered off to give the drug–QR-2 complex. Removal of QR-2 followed by ESI-MS analysis directly identified new compounds, xanthohumol and xanthohumol D as potential ligands. Competitive studies with resveratrol, a natural product inhibitor of QR-2, using ESI-MS led to the identification of the binding pocket of the new ligands.9

Angiotensin converting enzyme (ACE) contributes to hypertension and inhibiting this enzyme is a known pathway for clinically useful anti-hypertensive molecules. ACE converts hippuryl-histidyl-leucine (HHL) to hippuric acid (HA) and their identification in trace amounts was critical and hence a sensitive and accurate method of detection was essential. Methods such as spectrophotometry, HPLC and fluorimetry failed to match the resolution and sensitivity shown by UPLC-MS. Also, running MS in selected ion monitoring mode led to shortened run time, lower limit of detection and high selectivity which were valuable advantages over conventional HPLC analysis.10

An application of UPLC-MS (more specifically UPLC-MS/MS) has been employed in detection of steroids nandrolone and stanozolol from hair samples of athletes. Muscle building steroids are routinely used in competitive sports and high-fidelity methods of detecting minute quantities in athletes is critically needed. The authors used hair samples for detecting the two steroids because it affords direct detection of parent drugs rather than metabolites as in most urinanalysis. Hair samples were first screened using ELISA followed by UPLC-MS/MS in Selective/Multiple Reaction Monitoring (SRM/MRM) mode which is used to map specific ions or their fragmentation pathway,6 for positive identification of steroids. The main advantage of UPLC-MS/MS is its sensitivity in detecting 0.5 pg of stanozolol and 3.0 pg of nandrolone per mg of hair.11

Finally, an interesting application of LC-MS/MS has been in identifying color of wines that are thousands of years old from the tomb of King Tutankhamun. In this special application, tartaric acid was used as a wine marker while syringic acid was used as a red wine marker.12,13 Analysis by HPLC-UV, thin layer chromatography and gas chromatography lacked the sensitivity and selectivity for detecting the acids in trace amounts. Identification could be achieved by retention time and specific fragmentation pattern of the components using MS/MS in MRM mode.14

In addition to the examples described above, the literature is replete with a large number of applications of LC-MS. The current trend is to utilize UPLC rather than HPLC, and MS-MS rather than MS, in qualitative and quantitative analysis of biological and chemical samples. Also, newer engineering developments are bringing about greater efficiency in LC-MS. 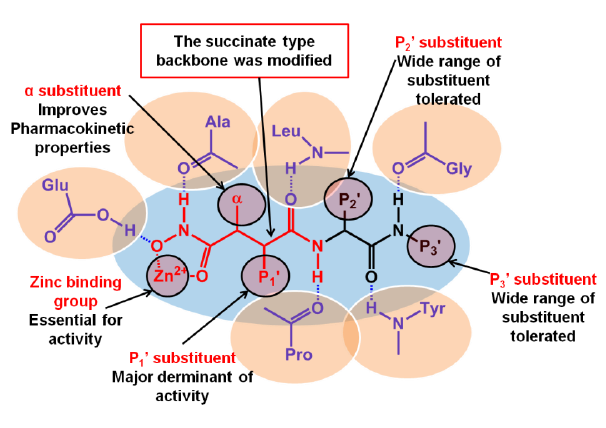